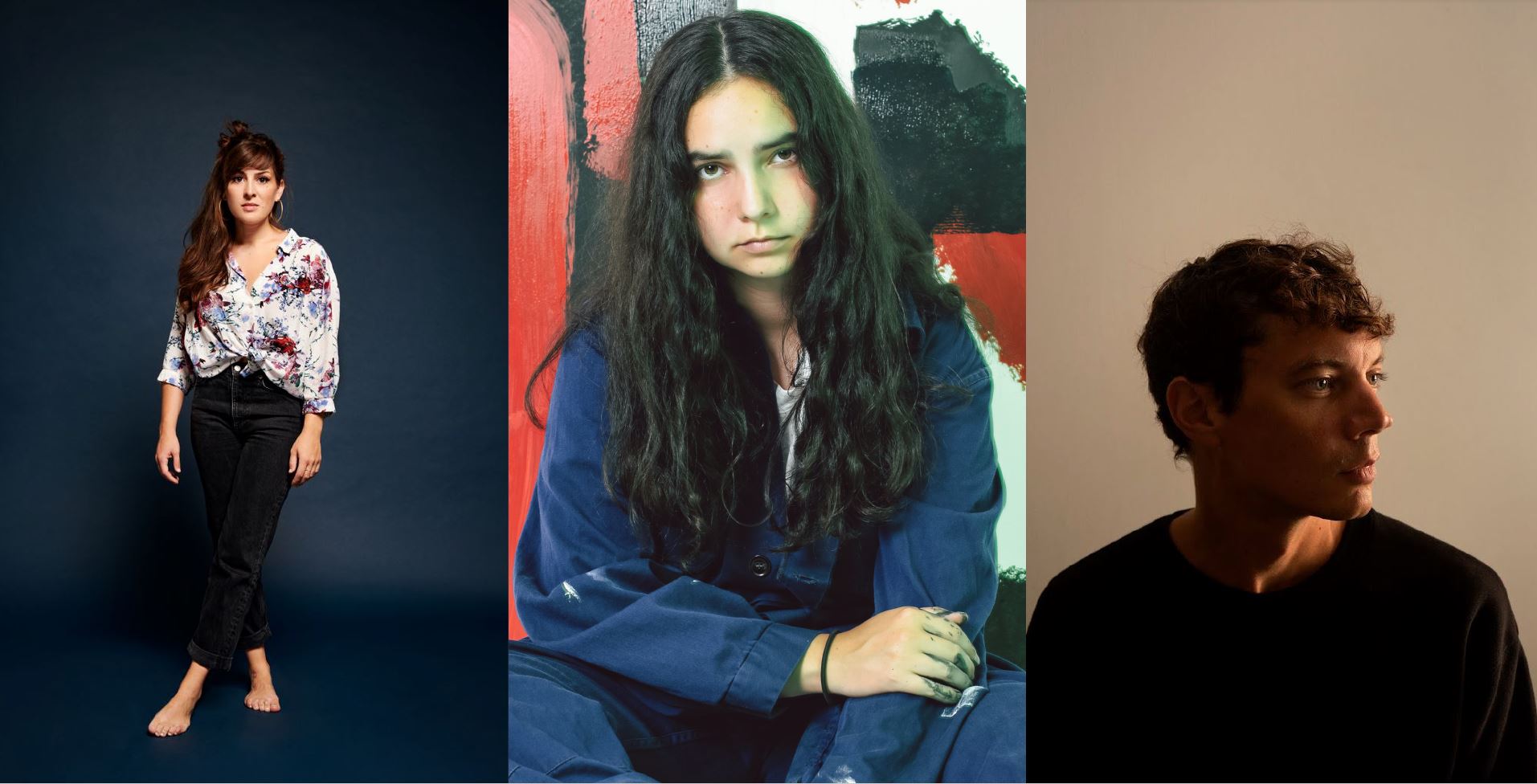 Created by music:LX in 2020 and taken over by Kultur | lx – Arts Council Luxembourg, the Global Project Grant awards a musician of each genre (pop/rock/electro/hip-hop, jazz/world, classical/contemporary) every year. This grant aims to support the artist in the development of an ambitious medium or long-term project designed to stimulate his/her career through promotion, marketing and dissemination and acquire industry « know-how » along the way.
Kultur | lx accompanies the artists and their teams at every stage of the project.

Statement of the selection committee
The artist’s skills, talent and determination make her highly eligible for the Global Project Grant. In awarding this grant, Francis of Delirium will be able to develop her very promising project, which she depicted with great clarity and excellence, and would represent the best of the Luxembourgish music scene on an international scale. Furthermore, the recommendations included in the application fully demonstrate that the artist has a strong professional team, which convinced the Selection Committee to award the Global Project Grant for the pop/rock/electro/hip-hop category to Francis of Delirium.

Statement of Jana Bahrich
I am so honoured to be the recipient of the Global Project Grant for 2022. The grant will give me the opportunity to take Francis of Delirium’s music around the world, playing as many shows to as many people as we possibly can! It will also give us the freedom to explore brand new creative ideas both in marketing and promoting our music. The Francis of Delirium plans for 2022 are to tour (hard!) and to record and release a debut album. I am so excited about the new year and can’t thank Kultur | lx enough for supporting me and my project.

A restless energy and desire to connect with the listener lies at the core of Francis of Delirium, with Jana Bahrich’s personal lyrics being underpinned by an undeniable rock sound that is as liberating as it is intense. Hailed as a Gen Zer excitingly redrawing 90s classic indie rock (unsurprising given her chief collaborator Chris Hewett hails from Seattle and is three decades her senior), a deep admiration for contemporary acts such as Car Seat Headrest, Japanese Breakfast, Mitski, Phoebe Bridgers and Sufjan Stevens is also abundantly clear.

Now working towards her debut album and having just toured the UK for the first time, Jana Bahrich is returning in February for another 10 headline shows before flying out to North America to play 26 dates with The Districts plus headline shows and both Shaky Knees and Treefort festivals. Having played Reeperbahn (Germany), Left of the Dial (Netherlands) and Waves (Austria) this year, her first of many European festivals next year will be performing at Eurosonic in late-January.
www.francisofdelirium.com 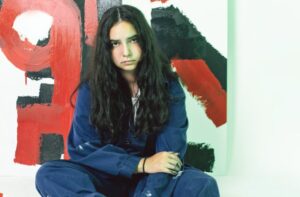 Statement of the selection committee
The project submitted by Claire Parsons depicts an original, innovative, and ambitious one with clear arguments. All in all, this project would constitute a solid basis for Claire Parsons’ future artistic career. Moreover, the participation of established international musicians in the project creates a channel that would potentially guarantee its export. Together, these arguments convinced the Selection Committee to award the Global Project Grant to Claire Parsons for Jazz music.

Statement of Claire Parsons
The Aquatic Museum is the new transmedia project and second album of Luxembourgish/British musician and composer Claire Parsons and Luxembourgish musician and app developer Laurent Peckels. The collaboration extends beyond European borders with musicians and multimedia artists such as Nicole Miller (US), the Q-Some Big Band (BE), with her in praise of folly string trio (BE), painter Astrid Rothaug (AT), music producer Charles Stoltz (LU) and game designer and developer Alex Greenwood (LU). The idea behind The Aquatic Museum is to be transported into an imaginary, aquatic world that will not only musically but also visually and virtually guide its listeners through the different museum rooms. One of the main objectives is to overcome traditional, more conventional ways of releasing a concept album by inviting the public to experience and interact with the material.

About Claire Parsons
Claire Parsons, born in 1993, is a Luxembourgish Jazz musician and composer of English origin. After releasing her first EP OnOff with the Claire Parsons & Eran Har Even Duo in 2019, she published her first album In Geometry with her Quintet in May 2020, with the support of the label Double Moon Records (Challenge Records) together with the popular German jazz magazine “Jazz thing” in their series ‘Next Generation Vol. 83’.
www.parsonsclaire.com

About Laurent Peckels
Laurent Peckels is a bass player, teacher and app developer from Luxembourg. After his law degree and Master at HEC Paris he spent many years in France working in the IT field and founding his own company. He only later decided to become a professional musician and make the double and electric bass his new career path. He is a member of the Luxembourg Jazz Orchestra Big Band, and appears along with many different jazz artists (e.g. Arthur Possing). He cultivated his soft-spot for working in tech and programming with gaming and music and is one of the creators together with Jérôme Goldschmidt, Alex Greenwood and Jonathan Levi of percussiontutor.com and other educational apps and games (Flamenco app to be released in 2022 together with Nino de los Reyes dancer in Chick Corea’s last band). During the 2021 Covid crisis he went back to school for an MA in Jazz Music in Maastricht and South Indian rhythm studies at the Conservatory of Amsterdam. 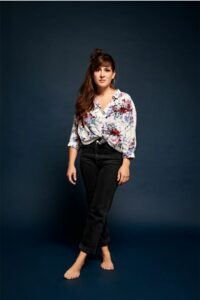 Statement of the selection committee
The presented project demonstrates true coherence of the artist’s professional career. Furthermore, the record under consideration has a non-negligible potential for export due to its back-to-basics artistic concept and the fact that Francesco Tristano already has an established professional network. The Selection Committee would like to highlight the relevance of the media plan and the use of a community manager throughout the promotion of the album and has therefore decided to award Francesco Tristano the Global Project Grant for classical / contemporary music.

Statement of Francesco Tristano
I am humbled to learn that I have been awarded the Global Grant 2021 Kultur | lx in the classical/contemporary music category. The world of culture and the arts has undergone changes on a scale never seen before, so the grant is doubly important: it will allow for an additional effort in disseminating and promoting my new album On early music, to be released in February 2022. This album is a return to my roots in a way: early music has been part of my predilections since I was very young. Beyond that, the album is an exploration of the possibilities of so-called ‘classical’ music in a contemporary context: it is a piano album that makes use of the latest studio production tools. As described in my dossier, the life of an artist is in a state of flux since the advent of social networking, and the pandemic. The Global Grant
will, if implemented strategically, take a decisive step forward. I would like to express my gratitude and look forward to the future.

About Francesco Tristano
Francesco Tristano, born in Luxembourg in 1981, is a pianist and composer. A student of Béatrice Rauchs at the Conservatoire de la Ville de Luxembourg, Francesco graduated from the Juilliard School in New York in 2003 and was a laureate of the International Piano Competition in Orléans in 2004. He has recorded more than 20 albums. As an atypical character, Francesco specialises in baroque and contemporary repertoire, while composing acoustic and electronic music.
www.francescotristano.com 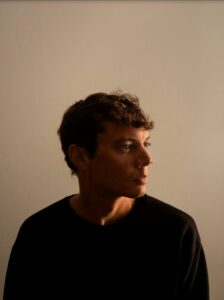 ESNS22 : Francis of Delirium and TUYS to rock Eurosonic this week!

This year, due to the pandemic, the festival and the Eurosonic conference will be held in digital. Two Luxembourgish artists have been confirmed on the official line-up for the 2022…

What did the press say about Luxembourg artists in 2021? Quite a lot actually! It was another difficult year for live shows however a number of artists still managed to…