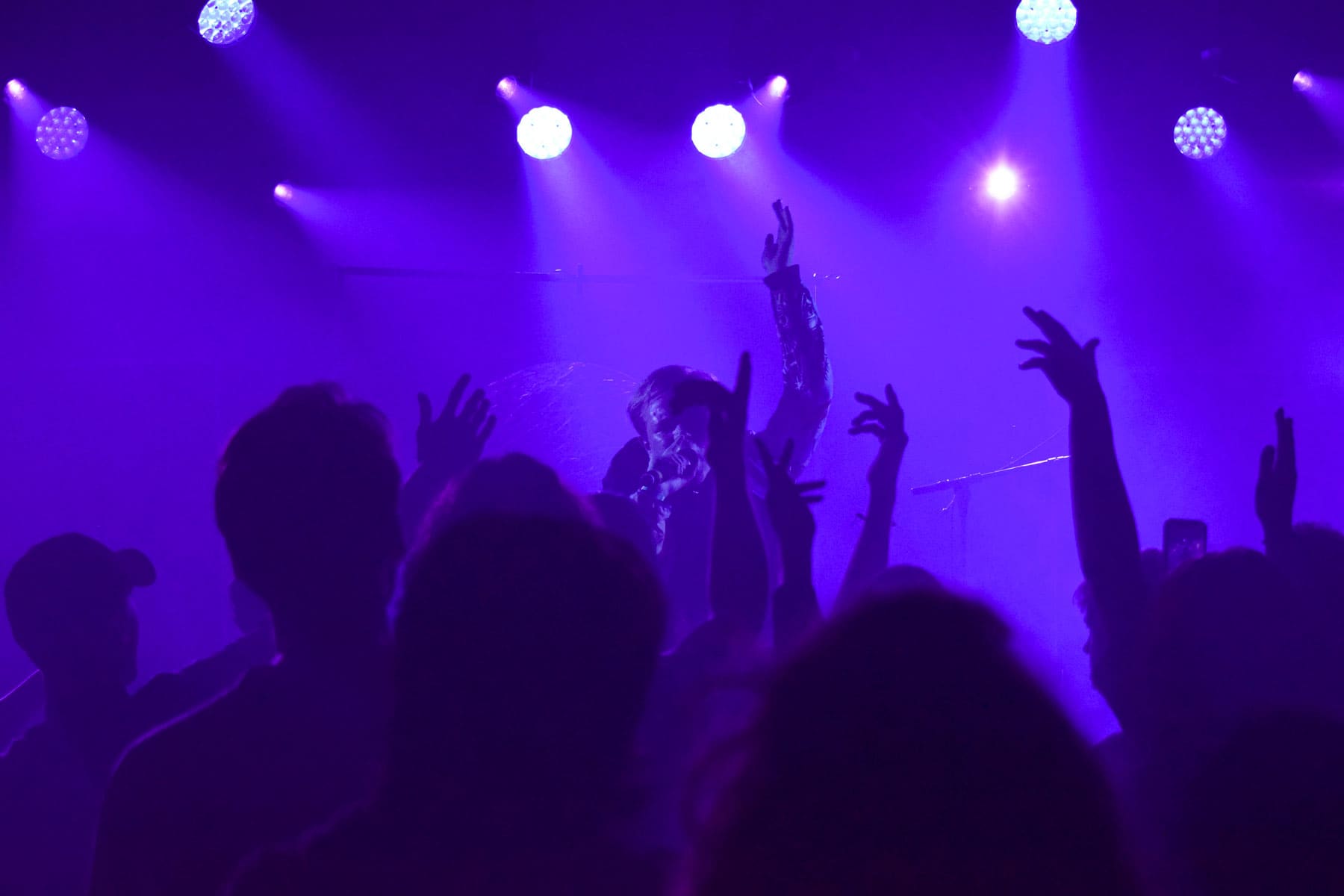 It was the ’80s. Bands and artists were blowing up in Luxembourg’s neighbouring countries (France, Belgium and Germany), finding success both in their own countries and internationally. Music venues were filling up, some of them going on to earn legendary status (Forest National and Ancienne Belgique, Brussels; Zénith, Paris; etc.).

Luxembourg during this era was deathly quiet, at least in terms of large-scale concerts! There were no venues (unless you count Esch-sur-Alzette’s squatter-run former abattoir, known as Kulturfabrik, but this would soon be shut down for obvious safety reasons) and no record labels... But there were some artists and bands, and the first record shops began to open. When there were concerts, they would usually be held in halls used for municipal events or sports, some better fitted-out than others.

By the ’90s, however, it was all going off in Luxembourg! There were still no major labels or music publishers, but new bands were being founded almost every week and, along with them, the first collectives. Naturally, this situation would end up forcing bands and artists to improvise and create their own independent labels and publishers. They started off small: this was the heyday of DYI, a true musical tradition in Luxembourg with bands managing every aspect of their own careers independently, as they had no other choice.

Musically, everything was turned up to 11: there was a big rock, punk and hardcore scene, with bands like dEFDUMp and Petrograd really breaking through, often gravitating towards the Kulturfabrik, which reopened after its renovation in 1998. Other standout aspects of this period were an amazing electro house scene and the opening of Den Atelier, Luxembourg City’s top live music venue.

With the arrival of the 2000s came a degree of government recognition. The 2005 opening of Rockhal and its attached creative hub and music incubator would turbocharge the Luxembourg music scene, finally getting it up to speed. Bands now had proper tools at their disposal because, apart from more and more venues to play, numerous rehearsal rooms began to pop up. Some collectives, which were increasingly well organised, also started to do well at this time. If you were there at the time, names like Backline!, Winged Skull, Own Records and the Schalltot Collective should ring a bell.

The years that followed would see increasingly professionalised bands and artists, for one thing, and new venues opening, for another. Examples include Rotondes, De Gudde Wëllen (both Luxembourg City) Aalt Stadhaus (Differdange) and Opderschmelz (Dudelange).

Another landmark was the 2009 establishment of music:LX, the “Made in Luxembourg” music-export office, whose work, backed with substantial funding, would raise bands’ profiles, particularly abroad. music:LX has done a monumental amount of work, which is, over 10 years later, really starting pay off and will be given new impetus by its incorporation into Kultur | lx. 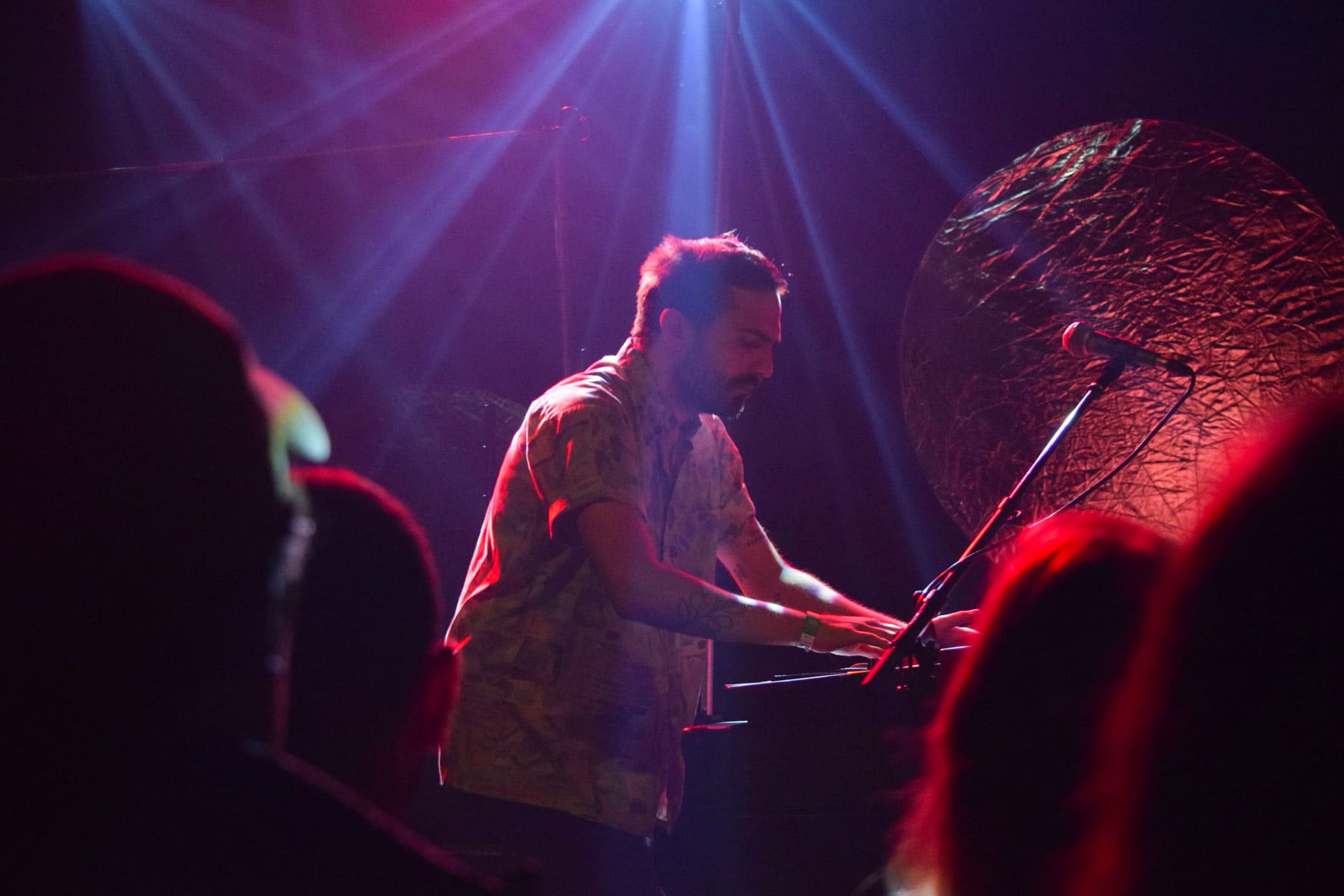 For a country of 600,000 people, it must be admitted that Luxembourg has eventually ended up with a fairly large number of venues for listening to and/or playing music. Apart from Rockhal (a major player in the world of music, nationally and internationally, and Luxembourg’s largest), there are numerous venues scattered all over the country, each with their particularities and specialisms. Here are some of them:

Rockhal : rockhal.lu
Rockhal’s major assets are its 6,500-capacity concert hall and its 1,200-capacity club, along with its its attached creative hub and music incubator, for use by local artists. It caters for any style you can think of!

Den Atelier : atelier.lu
Luxembourg’s top club and an essential European tour stop for any for any band who are even slightly well known. From Moby to Faith No More, they’ve all played here and they’ll all be back!

Kulturfabrik : kulturfabrik.lu
Kulturfabrik books more specialist acts; it is the place for discerning music fans who are never shy of discovering something new.

Rotondes : rotondes.lu
Rotondes is smaller and books a wide variety of acts, which will delight lovers of alternative music.

Opderschmelz : opderschmelz.lu
Located in Dudelange, Opderschmelz is a cultural centre that has become the place to be for the region’s music lovers! It has a very strong folk, jazz and blues flavour.

Aalt Stadhaus : stadhaus.lu
In Differdange, this is where it’s all happening! Aalt Stadhaus is an intimate venue (200 capacity) that books an extraordinary array of acts.

Apart from these venues, all of which have proper sound systems and lighting, there are also numerous cafés, bars and other tiny places where bands can come and play. 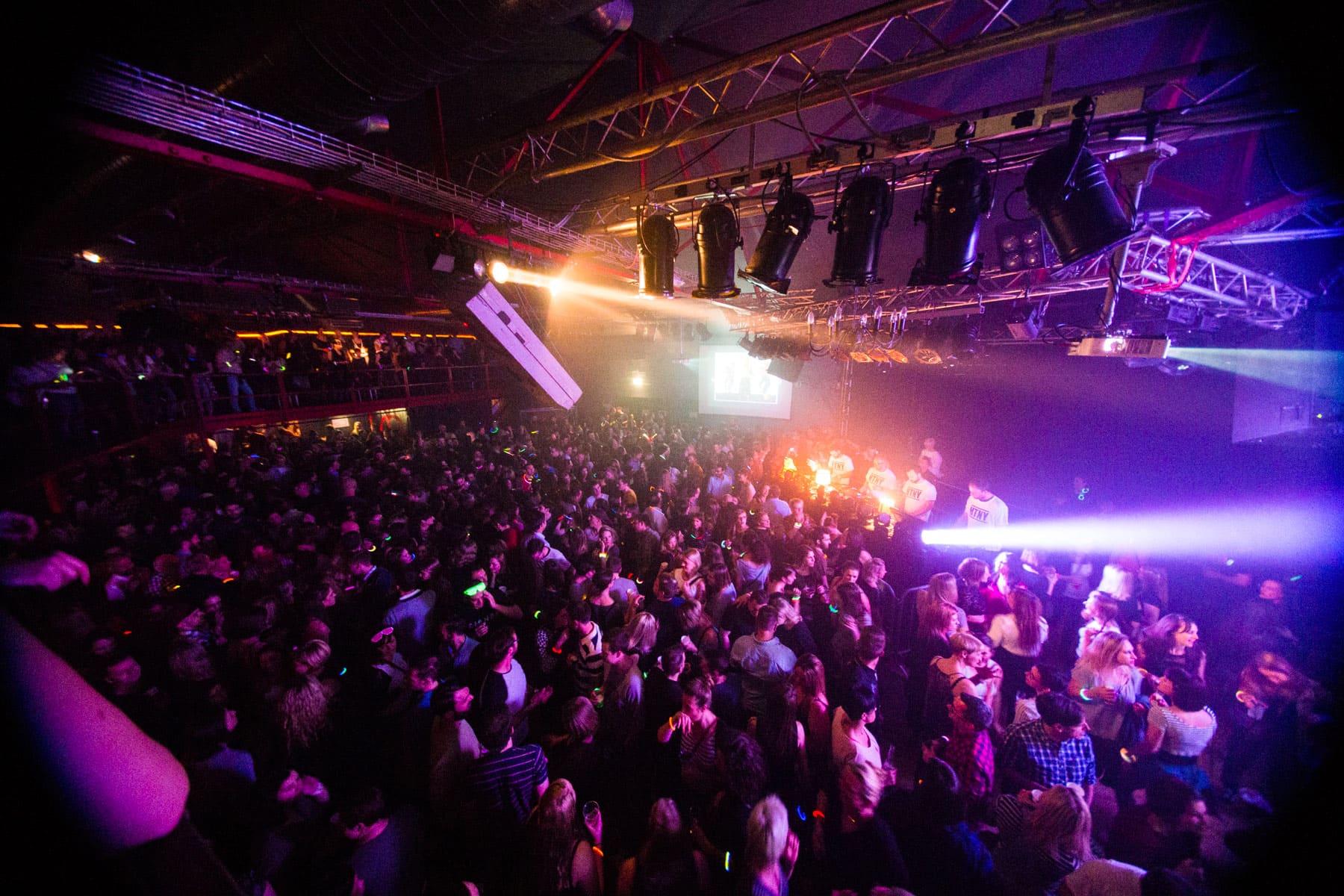 Often organised by the music venues themselves, all Luxembourg festivals are different from each other.

Every year, Rockhal runs Sonic Visions, a festival mixing international newcomers, local bands and headliners. For several years now, this festival has been an opportunity for music-scene professionals to meet up. In addition to the evening concerts, there are also conferences, workshops and roundtables for them to take part in. For up-and-coming local bands, there is also the Screaming Fields festival, organised jointly with the local schools of Esch-sur-Alzette.

Every year, in the splendid setting of Neumünster Abbey, Den Atelier runs Siren’s Call, a festival that puts the accent more on indie and electronic artists.

As for Kulturfabrik, it works with the non-profit Schalltot Collective to put on Out of the Crowd, a festival that focuses on indie, rock and punk, but that could include any acts that the organisers think fit with its style. Kulturfabrik also returned to its first loves – anti-establishment punk and hardcore – in 2019, with the setting-up of the Esch Calling mini-festival.

In Dudelange, the programmers for Opderschmelz take you back in time by putting on the Zeltik festival, to showcase the best in Celtic party music. Also at Opderschmelz , the same team also put on another unmissable date for your diary: the Like a jazz machine festival.

Let’s not forget about Luxembourg City, though! For the last 30 years, the capital has hosted Rock um Knuedler, a large free festival in Place Guillaume II, right in the heart of the city! More intimate but just as cool, the Blues and Jazz Rallye festival is split between various clubs, restaurants and cafés in Luxembourg City. Then there is MeYouZik festival, which focuses on world music and takes the form of a “village” where bands rub shoulders with NGOs and other humanitarian bodies. Lastly, it’s all happening in August, with the Congés Annulés festival at Rotondes.

Internationally, Luxembourg has, for a few years now, also been well represented at most European festivals for up-and-coming bands. Examples include MaMa in Paris, Eurosonic in Groningen (Netherlands), Primavera Sound in Barcelona, the Reeperbahn Festival in Hamburg and Printemps de Bourges (France). 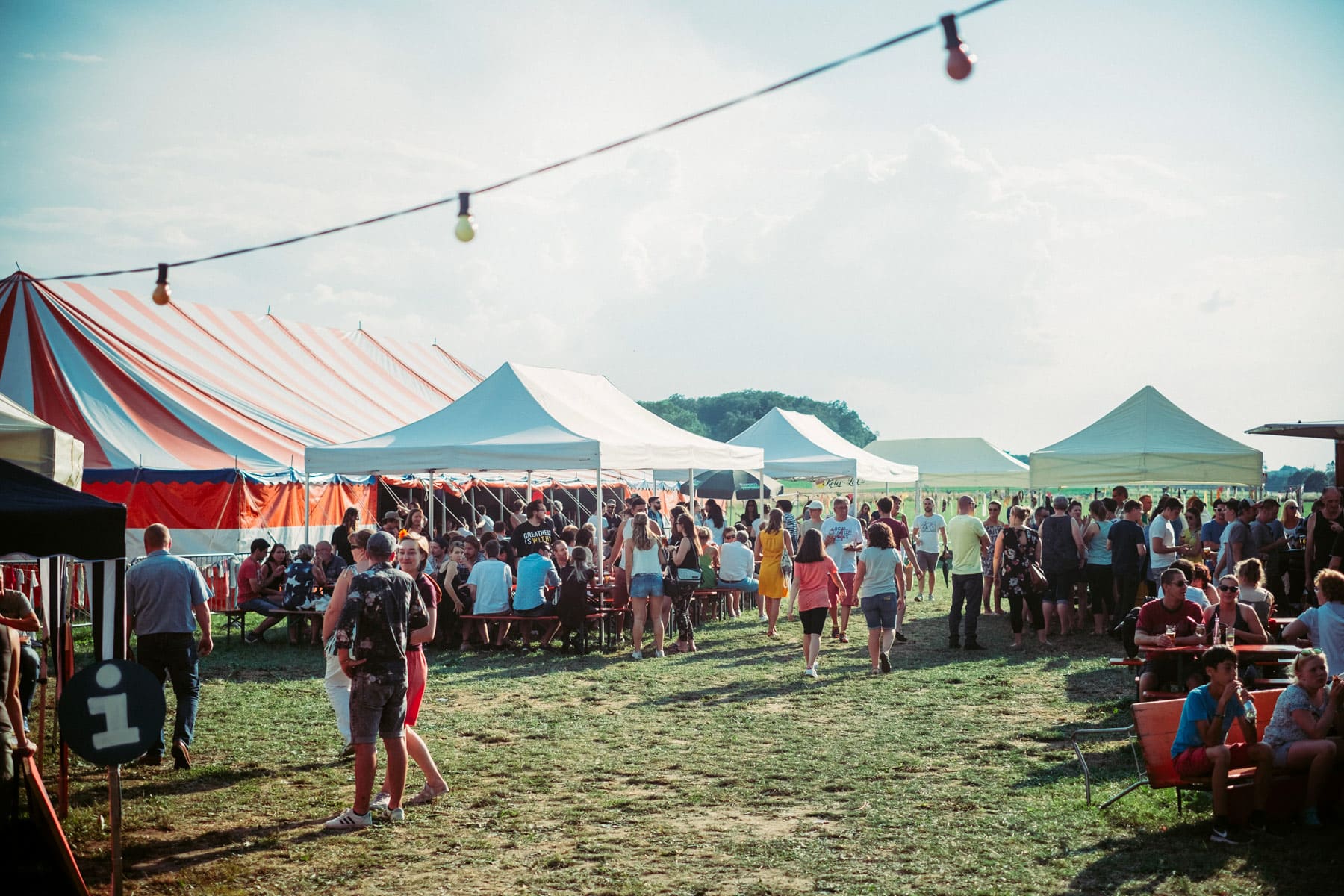 This support is said to come “through partners” because it is the music venues themselves that provide it.

One example is that Rockhal, through its Rocklab resources centre and Music Lab events, offers a whole host of ways for local bands and/or artists to raise their profiles: support-act slots, workshops, conferences, bookshops, rehearsal rooms, recording studios, etc.

Kulturfabrik also offers options for renting rehearsal rooms and, working together with the National Youth Service (SNJ), it runs Soundcamp, a week of coaching from professional musicians for young people in bands.

In general, funding is only awarded if a complete and coherent application is submitted. Whether it relates to shooting a music video, producing an album or any other request, one thing is certain: it is worth a try! It is possible to apply for funding from, among other institutions, the Ministry of Culture, SACEM Luxembourg, the Luxembourg National Cultural Fund (Focuna) and the Œuvre Nationale de Secours Grande-Duchesse Charlotte. If you’re targeting success outside Luxembourg, you need to apply to Kultur | lx (formerly music:LX). 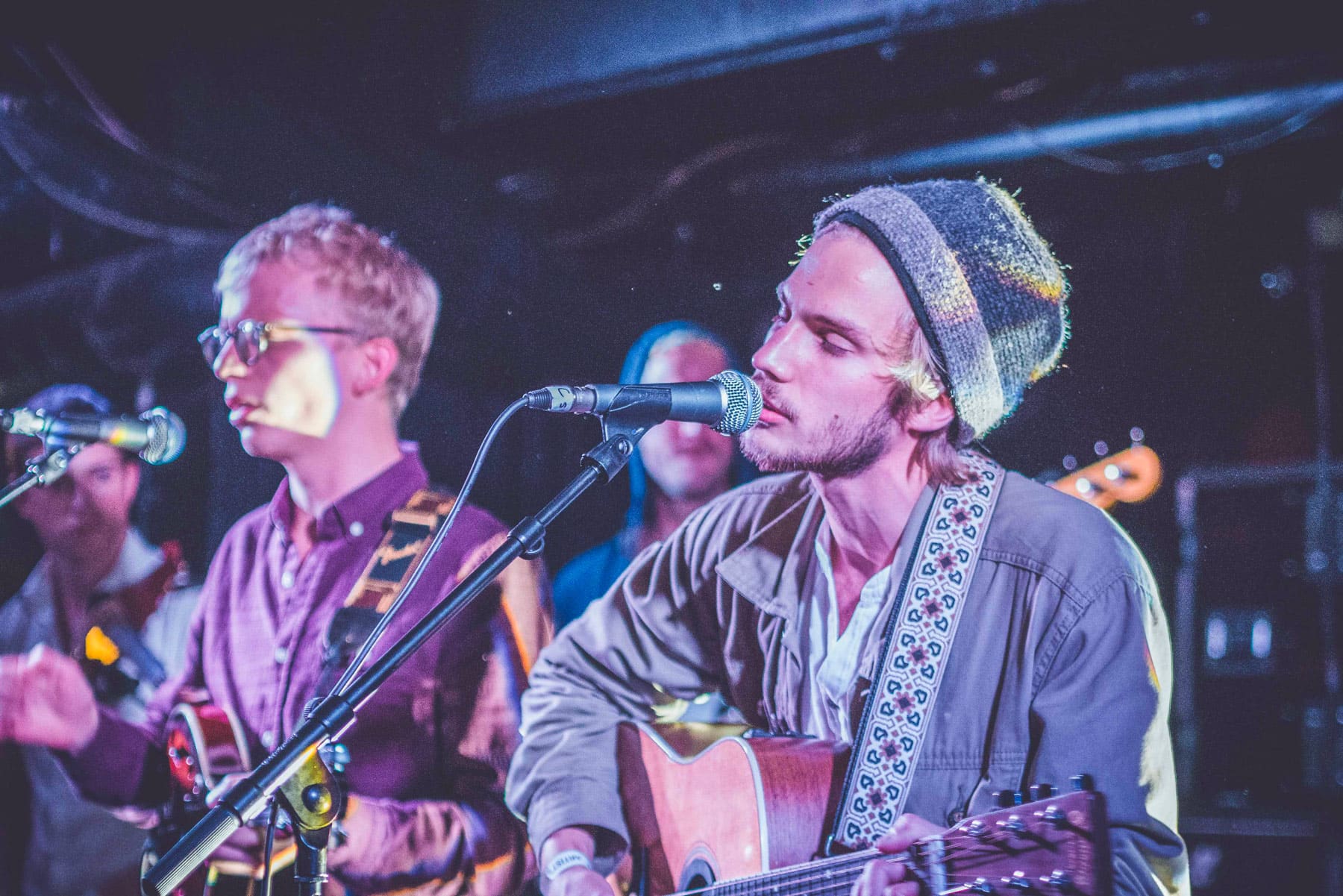 Of course, owing to Luxembourg’s size, you will not find the full range of music-industry jobs in the country. There are no major labels or distributors, for instance. Also, while some bands and/or artists do have agents, they are very often people known by the musician, who have kindly taken on the role of managing their friend’s career. The alternative is that bands and artists resort to the well-worn DIY system; even today, many Luxembourg bands have to manage themselves.

There remains the possibility that musicians will gain a formal education abroad and, in this field, Music Academy International in Nancy, France, is still a safe bet. However, some prefer to cross the Channel and do a course at one of the UK’s prestigious music schools.

Nevertheless, Luxembourg is starting to really make a name for itself in relation to one musical profession: that of producer. Whether for rock or hip hop, some Luxembourgers (often former musicians, themselves) are now demonstrating real talent, with some even going so far as to invest in their own proper little recording studios, which work pretty well.

Of course, every venue has its own team, both technical (sound and lighting engineers, stage managers, stage hands, etc.) and administrative (programmer, marketing and communication, etc.). 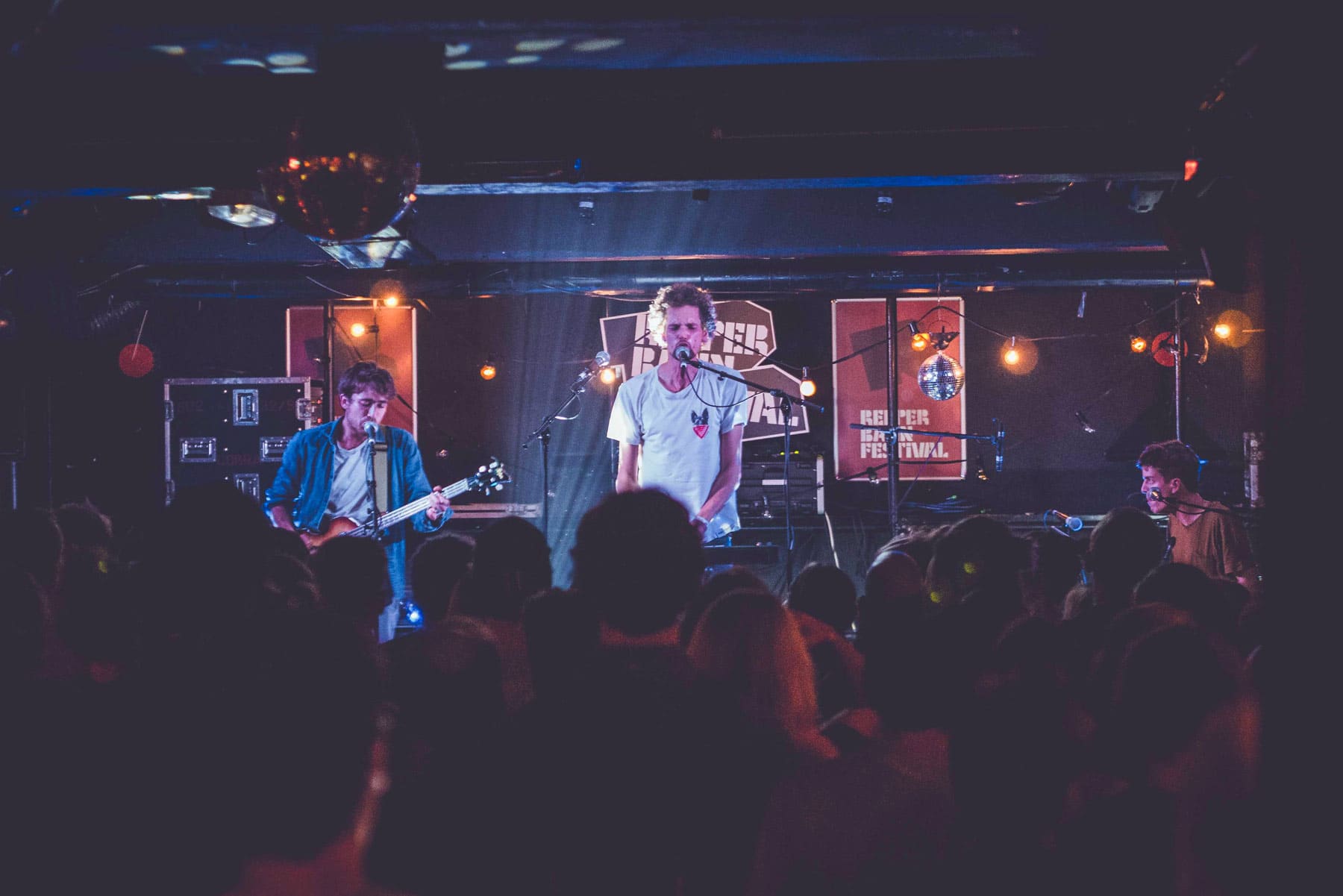 The media landscape in Luxembourg is, of course, heavily influenced by the size of the country. Nevertheless, local bands and artists always get coverage on the radio and in the written press.

First and foremost, there is RTL, which has the biggest audience share. Apart from RTL, there is Eldoradio, the main station targeting young people; radio 100,7, which has a more alternative selection of music; and Radio ARA, which is multilingual and carries a fairly varied range of programmes. All of them include music from Luxembourg on their playlists.

There is some coverage of local music in one free newspaper, with a circulation of some 100,000 copies (L’Essentiel), and in a handful of other serious publications, but it does not amount to much. In contrast, magazines such as Janette and Bold – which are also free – never hesitate to promote local artists.

Ultimately, it is easiest to find Luxembourg artists on social media, by looking on the Facebook pages and websites of all the bands and artists mentioned in this article.

The bands going down in History

Luxembourg might be small in size, but that still has not prevented local bands and artists from quickly – as soon as they have all options within the Grand Duchy, in fact – trying to sell records abroad.

In the ’90s, first T42 and then Dream Catcher – folk-pop bands fronted by John Rech, who is now the Director of the Opderschmelz cultural centre – toured Europe several times.

A little later, and with a less laid-back style, hardcore band dEFDUMp started having most of their success abroad, even finding themselves playing to several hundred fans in Eastern Europe!

Several other excellent bands found success, including Mutiny on the Bounty (math rock), Eternal Tango (rock), Low Density Corporation (electropop) and Rome (Jérôme Reuter’s dark folk project, which he has taken all over the world).

It is hip-hop artists that are doing best at the moment. For example, Eric Bintz – the über-gifted all-rounder, better known under the stage name of Cehashi – has worked with some of the biggest names in francophone rap, such as Youssoupha, IAM and Oxmo Puccino. Other examples of real success are Majestick, De Läb (a collective heavily involved in the local scene) and Maz (a rapper with an impressive flow).

In a reflection of its multiculturalism, the current Luxembourg scene is much more diverse than it used to be. One young talent who has been much-discussed in recent years is Edsun, with his hybrid style melding dance and R&B. Someone who has risen to prominence more recently is velvety-voiced pop singer-songwriter CHAiLD. Then, there are also C’est Karma, with her off-the-wall folk, and Francis of Delirium, with their Gen-Z-flavoured grunge and messages that cut through. 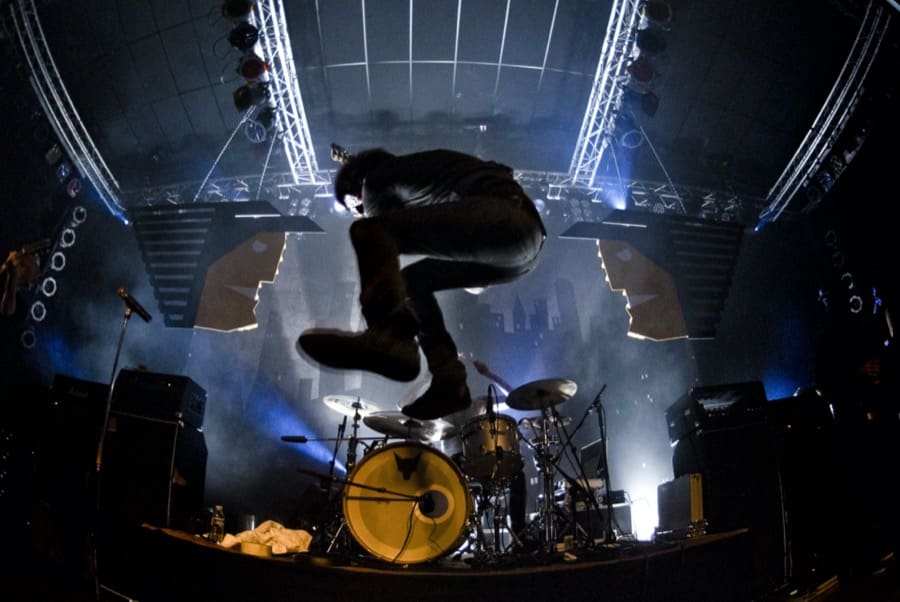